GET YOUR TICKETS FOR THE STUDLEY FARMS WORKSHOP

Growing up a Navy brat, Tanya Cauthen discovered her love of meat early. At a carving station at age six with her father, she learned to say, “More, please,” and added to her culinary vocabulary with “Red, please.” The mess stewards would chuckle, and then load her plate with rare roast beef.

Tanya ventured to the University of Virginia to study aerospace engineering. It was at UVA, while working with local chefs in Charlottesville, that she discovered that good food was infinitely more exciting to her than rocket science. After her third year, she began cooking full-time, and then moved to Bern, Switzerland to work as an apprentice.

Intrigued by the in-house butcher shop within her restaurant, she began shadowing the German butchers, discovering that competent knife work was an acceptable substitute to not knowing German.

Looking back, Tanya says, “With the language and cultural barriers, this was one of the toughest things I’ve ever done.” It also marked a turning point in her career.

Returning to the United States, Tanya spent the next 15 years honing her craft. She owned and ran Capers Catering as a chef. She ran a cooking school for Virginia Gourmet. As she cooked and learned and expanded her repertoire, she freelanced as a food writer. In 2004, looking for further inspiration, she spent six months on “walkabout” in Australia, even spending time as an intern in a Queen Victoria Market butcher shop in Melbourne.

Her true epiphany came in 2006. While watching Alton Brown on the Food Network, he described a recipe and advised, “Just ask your local butcher.” Tanya began mentally running through her favorite purveyors, and realized that Richmond didn’t have a proper butcher running a proper shop where she could ask those questions.

Within 6 months, she had a business plan, and Belmont Butchery was opened within a year. For the first time in over a generation, Richmonders had a proper local butcher.

Since opening, she has promoted “nose-to-tail” eating, and has been a foodie, locavore, and Josh Ozersky admirer since long before anyone else knew what that meant.

In 2010, she married Henry Reidy, owner of the beloved Strawberry Street Vinyard, then Richmond’s oldest wine shop. He now acts as Belmont Butchery’s in-house sommelier, always ready with the perfect pinot or Riesling to bring out the best in your hand-cut lamb chop, pork loin or duck breast. Whether the right protein, the perfect cheese, the ideal wine or the accoutrements to cap off your recipe, her team follows her mantra: Better Ingredients.

Tanya was a 2017 winning contestant on Food Network’s CHOPPED, and has been featured in Bon Appetit and Saveur. Food & Wine magazine listed her as one of America’s “Maverick Butchers” in 2008. She continues to contribute, both locally and nationally, to various publications with both recipes and culinary columns.

When not wielding her knives, Tanya can be found teaching, often leading breakdown classes at the shop or doing state-of-the-plate demonstrations. She lends her expertise at the North Carolina Meat Niche Conference as an instructor, has taught at the Virginia Association of Biological Farmers Conference, and was invited to join the board of The Center for Rural Culture to help revamp their Homestead Series of classes.

In between cuts and classes, she and Henry retire to Montpelier’s Reidy’s Farm Pond to tend to their herd of Boer goats, Hog Island sheep, and their flocks of guinea hens, chickens and geese.

Thank you to Virginia Magazine for awarding Belmont Butchery as a Best of Virginia 2021 winner in...

END_OF_DOCUMENT_TOKEN_TO_BE_REPLACED

We paired up with Let’s Eat RVA, a local news program on ABC 8, to share our thoughts and tips on...

END_OF_DOCUMENT_TOKEN_TO_BE_REPLACED 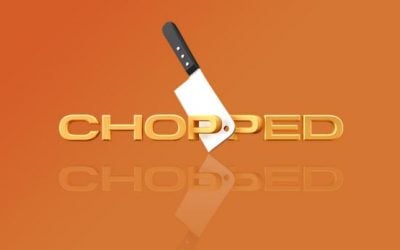 We’re so proud of Tanya! In May 2017 she competed in Food Network’s heated Chopped…and won! You...

LEARN ABOUT OUR FARMERS